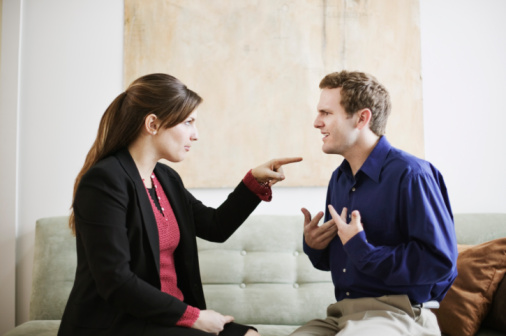 Have you heard the joke, “A codependent is a person who, when they die, someone else’s life flashes before their eyes?”

That joke is really an unfortunate sign of the times and indicative of just how widespread codependency is.

So exactly what is a codependent? Melody Beattie, a leading expert and author on the subject of codependency, offers up this definition:

“A codependent person is one who has let another person’s behavior affect him or her, and who is obsessed with controlling that person’s behavior. Codependency involves a habitual system of thinking, feeling, and behaving toward ourselves and others that causes us pain.”

The roots of codependency can often be found in one’s family of origin. If a family is dysfunctional, a child may grow up to be codependent. Physical, sexual, emotional, intellectual, and spiritual abuse can all lead to the abused person becoming codependent.

With the proliferation of addiction to drugs and alcohol in our society, a byproduct is that we see an increase in those who struggle with codependency.

4. Difficulty acknowledging and meeting one’s own needs, wants, and being
interdependent.

Moving Toward Recovery and Away from Codependency

There is hope for the codependent! By learning to detach from the person who is the focus of codependency one can begin to be set free and start living their own life. It is important for the person struggling with codependency to learn to love themselves, find their purpose in life and learn the art of acceptance.

If you or someone you know struggles with any of the above five core symptoms, please consider taking the following steps to begin the healing process:

2. See a counselor or therapist to work on pain from your past.

3. Work with a recovery coach who can help you get unstuck and have a healthy
breakthrough. 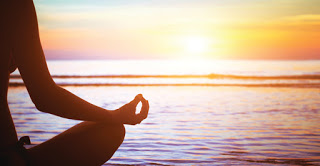 Wellness is a hot topic right now. A quick Google search of the word “wellness” will net 490 million hits.
That is a huge amount of  interest in the subject of wellness.

So just what is “wellness”? According to the Oxford Dictionary, wellness is “the state or condition of being in good physical and mental health”.

This is crucial because mental health and physical health are often closely connected, as we see in the proven link between anxiety, depression, and exercise. Numerous studies have shown that regular exercise can reduce or eliminate anxiety and depression in certain individuals.

Starting on a Path to Wellness!

Consult with your physician or a qualified wellness coach before starting a new exercise program.

1. What’s up with mistletoe? Mistletoe, the only plant to rival roses for inspiring kisses, was originally used by Druid priests 200 years before the birth of Christ in their winter celebrations. They revered the plant since it had no roots yet remained green during the cold months of winter.

The ancient Celtics believed mistletoe to have magical healing powers and used it as an antidote for poison, infertility, and to ward off evil spirits. The plant was also seen as a symbol of peace, and it is said that among Romans, enemies who met under mistletoe would lay down their weapons and embrace.

Scandinavians associated the plant with Frigga, their goddess of love, and it may be from this that we derive the custom of kissing under the mistletoe. Those who kissed under the mistletoe had the promise of happiness and good luck in the following year.

So mistletoe is more related to wintertime, than Christmas, but it’s use is highly encouraged by this writer.

2. The stable truth. The biblical story about the birth of Christ does not actually mention a stable. It does mention a manger which often leads people to think the baby Jesus was born in a barn. In reality, Jesus was probably born in a cave or, according to archaeology experts, Jesus was probably born in the house of relatives, but outside of the normal living and guest quarters. Quite a humble beginning.

3. Who were The Three Kings? Sorry to totally mess up your nativity scene (mine, too!) but there is no actual mention of “kings” in the biblical account of Christ’s birth. The Bible does say that wise men, also called “magi”, (but not Kings) visited Jesus. And it never says there were three of them. The word used for “magi” is plural, there were more than one, but people assume there were three because of the three gifts—gold, frankincense, and myrrh. Bottom line, they were not kings and there may not have been three of them!

4. Is Christmas really Jesus’ birthday? Although it is possible, it is very unlikely that Jesus was born on December 25th. No one knows for sure the exact date of Christ’s birth. The date chosen to celebrate it may be related to the Roman Saturnalia festival that lasted from the 17th -23rd of December. December 25th was chosen somewhere during the 4th century AD by the heads of the church. People were already used to gathering, so why not celebrate the birth of Christ?

5. Who is Santa Claus? Yes, Virginia, there really was a Santa Claus! The origin of Santa Claus began in the 4th century with the real Saint Nicholas, a Bishop in present day Turkey. By all accounts St. Nicholas was a generous and devoted Christ follower. He was particularly devoted to children. His kindness and reputation for generosity gave rise to much folklore that has spread and increased across cultures and through the years.

6. What about Jesus? Who was he? Did he really exist or was he a mythological character? There can be no doubt that Jesus actually existed and that he walked the earth. Sources outside of the Bible clearly confirm this. We may not have all the facts and cast of characters of our nativity scenes completely accurate, but we can rest assured that Jesus Christ was born, that his birth has been celebrated for two thousand years, and that he is the reason for the season. Merry Christmas!

Do you have any interesting Christmas facts or fallacies? I would love to hear them! Contact me at randy@randymoraitis.com or 949-303-8264. Websites: www.randymoraitis.com and www.carepossible.org.

About Randy Moraitis
Randy is married to Kim and they live in Laguna Niguel. Together they have a blended family of five adult children and three beautiful grandchildren. (If you don’t believe Randy he will gladly show you pictures!) Randy is a Certified Intervention Professional (CIP) and expert in helping families affected by addiction and/or mental health issues. He is a Board Certified Pastoral Counselor and is both licensed and ordained as a pastoral counselor. He has five professional coaching certifications and loves working with clients on executive coaching, life coaching, wellness coaching and recovery coaching. Randy has a master’s degree with emphasis in theology and counseling, a bachelors degree in management and leadership, and a certificate in health and fitness with emphasis in exercise physiology and sports psychology from UC Irvine. He has been helping groups, individuals and families get mentally, physically and spiritually healthy in Orange County for over 25 years.