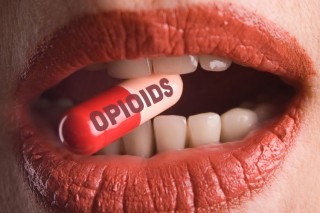 By Randy Moraitis, MA, CIP, BCPC
According to the Centers for Disease Control (CDC) the United States is in the midst of a prescription painkiller overdose epidemic. The most commonly abused opioids are:

Frequently, when an individual no longer has access to prescription opioids, they turn to heroin which is both affordable and easy to acquire.

Presented here, with the goal of increasing awareness, are some basic facts about opioids.

1. Opium is the latex secreted from the seedpod of an opium poppy. Raw opium contains about 10 percent morphine and about 2 percent codeine. These are the opiate drugs, which just means that they’re natural products of the opium poppy. A number of other drugs, including heroin, are not contained in opium itself but are made from natural opiates or have very similar effects. These are sometimes called opioids.

2. The opiate drug morphine is among the most effective painkillers available today. Codeine has similar effects but is weaker than morphine. It’s often used to treat minor pain and as a cough suppressant. Of course, opium and drugs derived from opium are also often used recreationally, because they can produce a dreamlike, euphoric state.

3. People have known about those effects for a very long time. In fact, there’s evidence that the Sumerians knew about the psychoactive properties of the opium poppy plant as early as 3400 B.C. The Ancient Egyptians used opium medicinally. In the 1700s and 1800s, a mixture of alcohol and opium called laudanum became very popular and was widely used as a pain reliever, as a sleep aid, and to treat a variety of ailments. In the mid-1800s opium trade became a big business and even led to two wars, known as the opium wars, between the British and the Chinese.

4. In 1804, a German pharmacist isolated a pure alkaloid from opium and gave it the name morphine, after Morpheus, the Greek god of dreams. Morphine was more potent than opium or laudanum, and it became an invaluable tool to doctors in the treatment of pain. Morphine was administered to injured soldiers during the American Civil War.

5. In 1898, Bayer pharmaceutical company began selling a synthesized opioid that was one-and-a-half to two times more powerful than morphine, and it was marketed as a nonaddictive morphine substitute and cough suppressant—heroin. Bayer sold heroin for more than 10 years before its harmful effects were recognized and it was removed from the market. Heroin is now recognized to be among the most addictive drugs in the world.

6. Opioids are narcotic analgesics, which reduce pain without eliminating sensation. They’re distinguished from anesthetics, which reduce all sensation and often produce unconsciousness. Opioids also produce a dreamlike, euphoric state, which is what makes them attractive to recreational drug users, at least initially.

7. At higher doses, opioids produce a rush of euphoria. But the nauseating effects can become more severe, and some people also experience anxiety and restlessness. The most dangerous effect is a significant suppression of breathing. In fact, in an opioid overdose breathing can be suppressed enough to lead to death.

8. About 45 people in the United States die every day from overdosing on a prescription painkiller—that’s more than the number of overdose deaths from heroin and cocaine combined.

9. Similar to other drugs, opioids overstimulate the brain’s reward circuit and trigger a large release of dopamine. The brain interprets that dopamine as a reward prediction error, or an indication that taking the drug was better than expected. That reward prediction error in turn backs up to environmental cues that are associated with drug taking, so when the user encounters those cues in the future, he or she experiences a very strong craving to use the drug.

10. There are some very effective treatments for opioid overdose. If a drug user overdoses on opioids, is barely breathing, and is close to death, if someone administers an opioid antagonist drug, such as naloxone, the drug user will recover almost immediately, because the opioid will be blocked from binding to the opioid receptors.
If you have any prescription opioids in your home, be sure to keep them stored securely so any guests or visitors to your home will not be able to access them as these meds are frequently stolen.
In my next blog post we will look at treatment for opioid addiction. Special thanks to Professor Thad Polk of the University of Michigan for contributions to this blog.

If you or a loved one are affected by an opioid addiction, please contact me at randy@randymoraitis.com or 949-303-8264 to discuss options for healing.

You can visit my websites at www.randymoraitis.com and www.carepossible.org.

Randy is married to Kim and they live in Laguna Niguel. Together they have a blended family of five adult children and three beautiful grandchildren. (If you don’t believe Randy he will gladly show you pictures!)Randy is a Certified Intervention Professional (CIP) and expert in helping families affected by addiction and/or mental health issues. He is a Board Certified Pastoral Counselor and is both licensed and ordained as a pastoral counselor. He has five professional coaching certifications and loves working with clients on executive coaching, life coaching, wellness coaching and recovery coaching. Randy has a master’s degree with emphasis in theology and counseling, a bachelors degree in management and leadership, and a certificate in health and fitness with emphasis in exercise physiology and sports psychology from UC Irvine. He has been helping groups, individuals and families get mentally, physically and spiritually healthy in Orange County for over 25 years.

Forgiveness on the Way

An Introduction to the 12 Steps 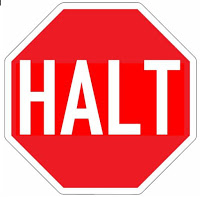 HALT for Recovery and Wellness

Mental Health and The Church

5 Keys to To Effective Leadership